We hope that you will enjoy this interactive tour of our cathedral.  At the top right corner of the picture below, you will see a black square.  Click on the square to view the tour in full screen for the full experience.

From the Choir Loft 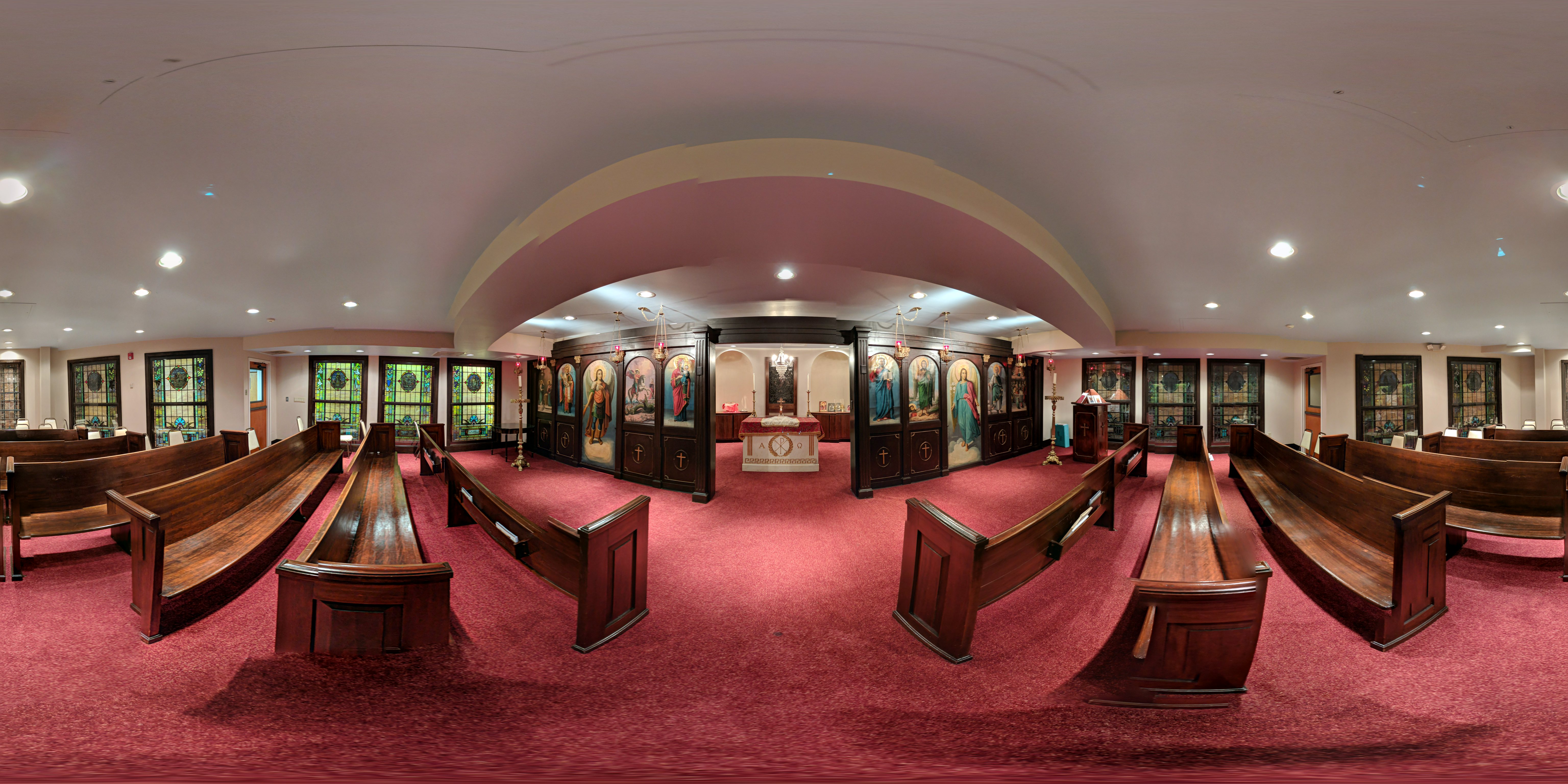 Our Cathedral replaced a wooden Church building built in 1942 on the same site.

Our “older” Church was razed in May 1992, and the new Cathedral was built and celebrated its first Divine Liturgy on Dec. 11, 1995.

The architects are Craig, Gauldin, Davis (a local firm) who spent about 1 1/2 yrs studying the architecture of Byzantine Cathedrals of the world, and visiting Greek Orthodox Churches up and down the eastern seaboard to gain ideas to be included in our structure here.

We were given the title of “Cathedral” in June, 1999, by Metropolitan Alexios of Atlanta; it seats 684 congregants. The Cathedral takes 2 basilica rectangles and intersects them to form a cruciform with a high dome in the center. This style is historic and consistent to Eastern Orthodox Churches throughout the world, dating back to the early Apostolic Churches.

Our Cathedral's architectural style reflects the 14-16th century Cretan Byzantine School in its structure and in its iconography. The iconography is placed within the Cathedral in specific places and order so that they “teach” our theology to all who gaze upon them. Everything has a reason for being where it is, following the guidelines of early Eastern Orthodox architectural canons. The mosaic icons on the ceiling and walls of our Cathedral were all handmade here in the U.S. by iconographer George Papastamatiou, currently in Boston, Mass. He also “wrote” the icons painted on the iconostasion (icon screen). All the woodworking in the Cathedral was handmade in Astoria, N.Y., by a master craftsman named Kosta Pylarinos; the wood used is American walnut.

The icons (mosaic and painted) were placed in three phases, each phase taking approximately 1 to 1 1/2 years to complete and place on the walls/ceiling. They were all done by hand, following the ancient guidelines and procedures used in the past. There are over 1 million individual mosaic tesserae in the icon behind the Altar, and about 3/4 million mosaic tesserae in the ceiling and pendentives in the dome of the Cathedral. The woodwork in the Cathedral also took approx. 2 years to be completed by hand in the studio, and another month to be installed here in our building.

Another note of interest: the icons and the woodwork in our Cathedral are copies of various historic icons and carvings found in old Byzantine Churches, including Hagia Sophia and Kirie Tzami in Constantinople, and carvings in Crete. Their “art” style is the beautiful Cretan School (14th - 16th centuries) style, to keep the interior within the same time frame as the architecture of the Cathedral.

Within the dome of our Cathedral, one will see the 2nd largest (in diameter) mosaic icon in the U.S. depicting Christ as The Creator of All.